Opinion: Chairman of the National Agency for Higher Education Quality Assurance, Serhii Kvit on the objectives of the NAHEQA, combating plagiarism and financial autonomy for universities 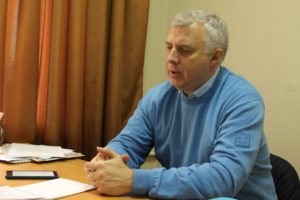 The level of economic development of the country, and then the well-being of its citizens, depends on the quality of higher education. The reform of the sector has begun with the adoption of a law on higher education in the summer of 2014, but the National Agency for Higher Education Quality Assurance has begun to work only now. Serhii Kvit was appointed the chairman of the NAHEQA. Opinion talked with the newly appointed chairman about what the structure, the launch of which has long been awaited in the educational environment, will be engaged in.


Mr. Serhii, you are appointed to the position of chairman of the National Agency for Higher Education Quality Assurance, namely, the agency can be considered as your child. How will you start your work?
To say that it only belongs to me will be wrong. The whole working group laid the idea of the National Agency in the draft Law “On Higher Education” as early as 2012. These were difficult times, with Tabachnyk, who headed the Ministry of Education and Science in 2010 and immediately decided to carry out his own law “On Higher Education”. The situation was extremely unfavorable, but in November 2010 the Kyiv-Mohyla Academy expressed public disagreement with the so-called ministerial bill. Later, the general public, through the all-Ukrainian actions in the framework of the Anti-Tabachnyk campaign and the campaign “Against Education Degradation”, managed to stop it. The problem was that Dmytro Tabachnyk wanted to introduce the Russian management principle in the Ukrainian system of higher education.